Odes To Ali by David A Bates

This book is so apt  right now as Mohammed Ali died last year 2016. It is brilliant in the way it's written through poems just as Mohammed Ali would write. Going through the early days as Casius Clay right through all the dark times of exile and the brilliance of the wins. I would recommend reading this as an insight into the history of the times. Especially as of the historical events that have happened recently that have been mirrored from the past to now.
I would like to recommend reading this book as a insight both of the history of the times and of the way Mohammed Ali wrote even though written by David A Bates.
I will give it 4/5
at February 10, 2017 No comments:
Email ThisBlogThis!Share to TwitterShare to FacebookShare to Pinterest
Labels: book, book review, David A Bates, Mohammed Ali, review

I have been given a #Honor 6x by my hubby and these are my first day opinions as a disabled person using such a high end phone. 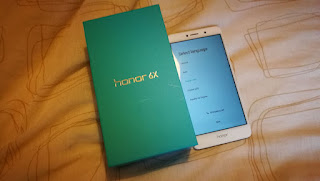 I have had this phone to 24hours and have pretty much fallen in love with it. It is a high end phone costing £224.99 on Amazon. It is a large device with a 5.5in screen and has a 3.5 earphone jack unlike the new iPhone. However it does have a fingerprint sensor and in the UK it does have NFC which only is on the European model not the USA model.
I haven't played very much with the cameras as it has two back cameras one is 12mp and a 2mp which look as if it can take good sharpe pictures and the front facing camera is an awesome #Selfie pictures as it is a 8mp camera.
I will be posting a more detailed blog in a week or two.
at February 09, 2017 No comments:
Email ThisBlogThis!Share to TwitterShare to FacebookShare to Pinterest
Labels: high end, Honor 6x, loving, mobile, phone, review

This week is a good one so far and a productive one at that. The kids party has been sorted and planned. I have been able to pop a few things into places to advertise my Younique business. This week I am working on finishing a book to review and I have a few other things planned to review too.
Cerebral palsy this week has been level although left me to be tired last night when I had managed do so much. Today I am working on the book that needs reviewing and planning more to this week.
X
at February 08, 2017 No comments:
Email ThisBlogThis!Share to TwitterShare to FacebookShare to Pinterest
Labels: books, business, busy, cerebral palsy, kids party, reviews, Younique

So the last few days have been really quiet business wise and yet busy family wise so blogs have been a bit scarce recently.

The thing that I have not been able to live without this week is #Younique #LipBonBons. The weather has been changeable and causing my lips to peel so I am constantly putting on my lip bonbon to keep my lips soft and gentle. There are 5 different tints #ChocolateTruffle #Vanilla Milkshake #Cherry Cobbler #RedVelvetCake and #RaspberryCheesecake. My one is Cherry Cobbler so has a tint of a berry red and looks like I am wearing a little bit of make up, even though I am not in the mood to wear loads at the moment. 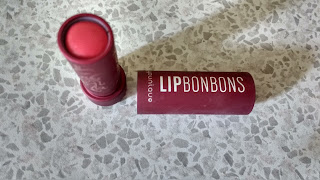 I have found that the lip bonbon has helped heal my lips. I also used the Lip Bon Bon a subtle blush to complement my lips. This is a tip from one of my role models as a make up artist that I think is a great way of multi using products that are only meant to be used a specific way. 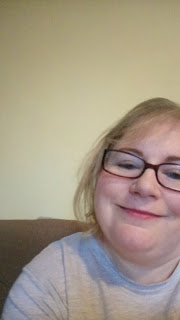 That is what I wear most days except I have changed my glasses and a new hair cut and colours.
It's so  easy as a busy mum.
at February 04, 2017 No comments:
Email ThisBlogThis!Share to TwitterShare to FacebookShare to Pinterest

Good morning everyone. The world has become a very scary place the last few days. I think that it doesn't matter who you are. What colour, sex or religious beliefs you have. Everyone is entitled to have freedom within the world.

Moving on from the horror that is happening everywhere I am planning a good week ahead doing everything positive for my future. So I will try my best to stay away from any of the stuff that is going on unless I really feel that I have no choice but to put my opinion.

So this week I will be concentrating on a few things that I have in the pipeline.

The last few days have been a bit of a challenge as there has been a family bereavement, however we must move on because dwelling on the past is not a good idea.

As the world changes daily its not worth it. So with this in mind I need to change my daily routine so that I can concentrate on what is necessary and walk away from the things that are holding me back...

I love writing my blog and yes I know sometimes it's a bit boring. My life is just average. I don't care though, I have cerebral palsy and clinical depression along with other problems, there are not many blogs about it.

I am still a woman, wife and mother and again these issues are not covered much while being disabled. There are many fantastic blogs that cover make up and clothes and some disabilities.

To combine everything though there are not many.  Especially motherhood while being disabled. So if I am quiet for a few days or weeks it is because I am having a bit of a challenge but I will be back.

For my readers I am very grateful for your patience with what and when each post is completed. I promise to try to get more done on a regular basis however if things that out of my control arise then please be patient for the next post.

I know this post is a bit serious about the topic however things need to be said before I move to the next level in this blog.

So a positive mood this morning

I was so positive this morning but things have been given a kick in the side and made me feel low again. I know I am doing the very best I can.
You know what though I won't let them get me down for long.
I know what I am doing is right and they don't understand my life and to be honest I don't care anymore. I am doing things my way.
I am happy doing what I am. I know I am doing great as a mum and wife as the people who are important tell me.
I am grateful for those who do tell me and for those who want to knock me. I am grateful because I know that I am doing something right and I know you can't stand it.
at January 26, 2017 No comments:
Email ThisBlogThis!Share to TwitterShare to FacebookShare to Pinterest
Labels: grateful, happy, low, mum, my way, wife

Well things are on the up and I am grateful for everything and everyone that is and was in my life and I will be doing everything I can to show that I am.

Today thing's are strange but I am happy and that is more than what anyone can really ask for. Things can be difficult but there is always more than one way to do things. So let the good things come.

at January 26, 2017 No comments:
Email ThisBlogThis!Share to TwitterShare to FacebookShare to Pinterest
Labels: good, grateful, positive, things, up

Thinking of The Past

I am writing this after reading #CarrieFisher's last Book #ThePrincessDiarist just after her death, realising that I as a young girl when the original #StarWars series came out was very influenced by #PrincessLeia and her independence.

Now in my early 40's it is interesting to see how Carrie herself saw herself as the 19 year old who wasn't sure if acting was her thing, after seeing her famous mother #DebbieRenyolds, and fathers #EddieFisher careers both dwindle, as they got older. Despite being fantastic actors and singers of the bygone age of #Hollywood industry.

Carrie touches on this in the book and how she and #HarrisonFord became lovers during those early days of filming the original Star Wars. She doesn't go into what they actually did as it is private between them both, however she doesn't sherk from the feelings that she felt in discovering herself and what kind of woman she was. She does this by seeing that #PrincessLeia was actually part of her that she didn't really know until years later when she accepted it .

The book is split into three parts where she says about finding diaries during her time of doing the first movie and beginning on how she got the part of Princess Leia and the very early days and then the book goes through excerpts from the diaries and poems that she wrote about her feelings about Harrison before heading back to talking about those days and how she accepted that if she hadn't become Princess Leia then she wouldn't be the person she was. An independent strong woman who had managed to get through the trials of her life.

At times it is poignant as a book as she talks about the possibility of her mother's death and other things because it was doing the book tour for this book and heading home for Christmas was when she died and two days later her mother died due to the heartbreak of losing her daughter.

I was fascinated by this book and couldn't put it down so read it in a couple of hours. 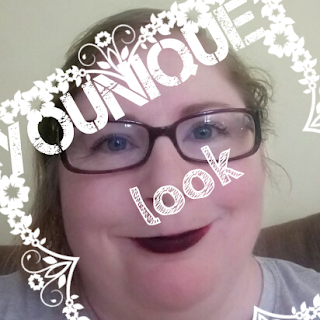 One of my favourite looks using my #Younique kit. If you are interested don't forget to contact me. A strong lip look using #splurge.
at January 13, 2017 No comments:
Email ThisBlogThis!Share to TwitterShare to FacebookShare to Pinterest

"Its ok, I'm watching you" by Dr Chenee Gilbert

Dealing with a loss of a member of your family is difficult as it is and this brilliant book which deals with this issue. I love how the author questions your thoughts on how you feel regards the loss of your member of family while saying that  what ever you are feeling is ok.  This book is something that you should read whatever your age.  I love how you are asked questions regarding the loss of your own and the fact that the feelings you're going through are normal.

I have lost members of my own family and the questions that are still relevant years later.